The success of the U3A in Duns was recognised in a Borders wide ceremony to
celebrate Lifelong Learning and to promote the benefits of learning for
individuals and groups. 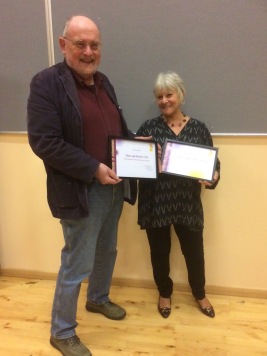 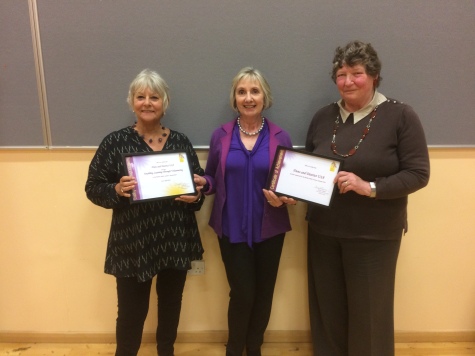 The event was sponsored by a number of public and third sector organisations
and was hosted by Earlston High School. Representatives of Borders College,
Scottish Borders Council and Skills Development Scotland praised the efforts of
those nominated for awards and spoke of the difference learning had made to so
many lives.
Anne McNeill, Chair of D&D U3A, was joined by fellow Steering Group members,
Morag Millar and Deborah Stokes to receive the award and was accompanied by
Derek Janes, Convenor of A Heart for Duns who nominated the U3A.
Winning the Award for ‘Enabling Learning through Volunteering’ was testament
to the hard work of the Steering Group in the first year of operation but was
more a recognition of the members and group leaders who give their time and
energy to share their knowledge, learn from each other and make learning fun.
In receiving the certificate, Anne wishes to extend her congratulations to
everyone involved and to thank them for their support in making Duns and
District U3A such a success.